‘Think Forward’
Principal's Forums
in the Kingdom of Saudi Arabia

Join us at one of our exclusive Forums this October, which will feature in-depth sessions from education experts on how to engage “Generation Z” students with academic learning and equip them with the skills needed for future jobs.

We are really pleased to announce that our keynote speaker at the Forum events this year will be Dr Ger Graus, OBE, Global Director of Education, KidZania.

Dr Ger Graus, OBE, is a renowned figure in the field of education, where, since March 2017, he holds the position of the first Global Director of Education at KidZania.

KidZania, where children aged 4 to14 can experience the world of work through role-play, is designed to inspire and empower: “from inspiration to aspiration”. Since its inception in 1999 in Mexico City, KidZania now has a presence in 24 cities on 5 continents with plans for further developments in some 20 locations including the USA, Canada and KSA.

Ger moved to the UK in 1983 when he began his teaching career at Taverham High School in Norwich. He next moved on to a management position at Winifred Holtby School in Hull. He was Education Adviser for Manchester City Council, introducing Modern Foreign Languages into the primary phase, and later Senior Inspector for Salford City Council. After that, he became Director of the two Wythenshawe Education Action Zones based in the south of Manchester, leading improvements in 29 schools.

In the 2014 Queens’ Birthday Honours List Ger was made an Honorary Officer of the Most Excellent Order of the British Empire (OBE) for services to children.

Sir Ken Robinson, author, speaker and international adviser, observed: “KidZania are extremely fortunate to have someone of Ger’s experience, insight and passion to lead them.” 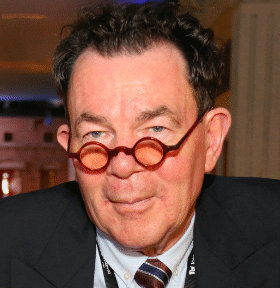